Your Trusted Heating and Air service in Menifee, CA

If you are seeking Menifee HVAC services, call Neighbors HVAC today, or schedule an appointment on our website, to have a Professionally Certified HVAC Contractor come to your home and take care of your air conditioning, heating, and ventilation needs. From tune-ups to maintenance and new system installations, we’ve got you covered.

Neighbors HVAC has made it our mission to keep Southern California and Riverside County cool. Since temperatures in Menifee routinely top 100 degrees its vital that your AC is working when you need it most. We install, repair and maintain Menifee, CA, air conditioners and equip them for the demanding performance required to keep our customers cool even when your stuck inside all day on the hottest summer days.

In Southern CA, an air conditioner not working is an emergency that needs attention right away. The good news is our trained HVAC technicians are just a call away and arrive with everything we need to fix your AC and get your family comfortable again. Although it doesn’t get freezing cold here in Menifee having your heating working correctly in December and January is vital to keeping you and your family warm and safe.

We Service The Top Brands of HVAC Equipment

We not only bring you the best products on the market, but we have an expert staff that knows how to service the best and even the most obscure brands in the market.

It’s not hard to imagine why Menifee would be the ideal destination for travel. Filled with scenic golf courses, great annual events, and the best weather this side of California, Menifee’s appeal is undeniable. The suburb didn’t always hold this appeal though.

Before the more than 90,000 residents moved into the area over the last couple of decades, Menifee was nothing but small town with a few roads. The roads were named after famous families that were part of the first settlement in the area, and most of them still stand today. Briggs Road, for instance, was named for the Briggs Family. They were the first to discover gold within a mile of Leon post office. Bundy Canyon, another famous road, was named after the Joseph Bundy family who settled a few miles near the canyon in 1883. They lived in a tent under the oak trees and came from Iowa.

Of course, there are lots of other things to do in Menifee apart from visiting the famous roads and streets. The Menifee public library and the DropZone Waterpark are some of the largest attractions in the city.

Neighbors HVAC delivers quality on-time service techs you can trust to improve the comfort and energy savings for your home. Our experienced team is trained and certified with the latest HVAC equipment and can quickly diagnose your system’s problems. We provide expert service on all makes and models of heating and cooling equipment for both residential and commercial use. Neighbors HVAC prides ourselves on delivering affordable HVAC services and won’t sell you parts or services you don’t really need.

When you need a trusted, affordable, expert HVAC service near you we have technicians located throughout Riverside County, CA and serve the cities of Canyon Lake, Corona, Hemet, Lake Elsinore, Menifee, Moreno Valley, Murrieta, Perris, Temecula, Wildomar, and Winchester.

Are you ready to get help with your heating or cooling problems? Call us today. Our team is waiting to help put together a repair plan that works for you. Don’t delay!

Our AC was blowing hot air in mid-summer, so we needed a fix fast. My technician was extremely knowledgable and arrived on time as promised. He discovered a leak in the pipe that attaches to our AC unit and was able to fix it quickly and get us up and running again thankfully. I won't hesitate to call Neighbors HVAC again for our AC yearly service.

AC unit started blowing hot air on one of the hottest days in Temecula. I called several AC companies in the valley, and everyone was either busy or didn't return my call. These guys picked right up, and they were able to send Juan out the same day. They came and diagnosed the issue right away the price was reasonable, and the repair was super fast. Thanks guys!

Neighbors HVAC is a solid company. My AC unit unexpectedly went bad after 15 years, and they replaced quickly and professionally. They were very affordable and knowledgeable in what I needed and didn't try to sell me on something I didn't need which is really important to me. I have told several of my friends about Neighbors. 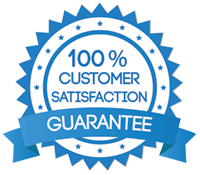 Schedule An HVAC Appointment
Or Get an Instant Quote

Neighbors HVAC team provides expert residential and commercial service on all makes and models of heating and cooling equipment throughout Riverside County, CA.